In Panama offshore banking today is governed by strict anti money laundering controls as well as exacting privacy guidelines and any customer who legitimately establishes an account can rest assured that their client confidentiality will be stringently enforced. 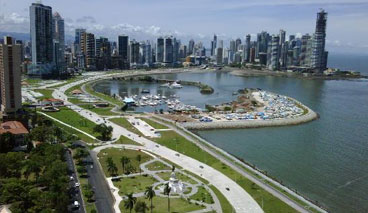 Where once there were in excess of one hundred and fifty international banks operating out of Panama there are now just over eighty, but of these all adhere to Panama’s new offshore banking laws which follow the guidelines of the Basle Committee on Banking Supervision which ensure client privacy and seek to prevent criminal banking activity.

It’s usual to have to make a minimum initial deposit to open a bank account in Panama and then once the account has been opened it’s usual to have to keep a certain balance in the account otherwise fees will be charged. An individual wishing to open an offshore bank account will have to provide irrefutable proof of identity such as notarized copies of a passport as well as financial reference letters.

Panama offshore banking is now benefiting from tightened regulation and controls and the jurisdiction has created a highly competitive, extremely private and confidential but well monitored offshore banking industry.

Advantages of offshore banking in Panama